Discover the fuel that powers our magic: Energy

If you want to make real magic, you’ve got to work with real power – the infinite, abundant power that won’t run out and leave you stranded on the side of your spiritual road. In other words, energy.

Traditionally, most witches incorporate some sort of “energy raising” into rituals. In fact, every book on witchcraft has a section on raising energy to make magic work. Raising energy and sending it off to manifest your goals is the usual way of casting a spell or making magic.

And while on one level, it’s easy to see why – rituals that include chanting, singing, dancing, running – all shift conscious and raise the energy within ourselves.

In fact, one of the old definitions of a which was someone who worked with hidden or unseen forces or working with magical energy.

But what are we really talking about when we say, “working with energy”? Afterall, we are a Nature religion. What we practice is not supernatural or beyond the laws of Nature.

Let’s get a better understanding of this concept by looking at both science and quantum physics.

The simplest definition is “the ability to do work”. Energy is how things change and move. It’s everywhere around us and takes all sorts of forms. It takes energy to cook food, to drive to school, and to jump in the air.

According to the First Law of Thermodynamics, the total amount of energy in the universe is constant. It is incapable of being created or destroyed, It can only change from one form to another.

Common forms include solid mass or as non-solid matter, such as heat, light, electrical, sound, gravitational, potential (stored energy) and kinetic (energy of motion). Quantum physics states that mass and energy are interchangeable. Consequently mass is a manifestation of energy. This means that everything, including humans, is energy stored in mass particle form.

According to the theories associated with the universal energy field, all matter, and psychological processes — thoughts, emotions, beliefs, and attitudes — are composed of energy.

To better understand this topic in a more concrete way, let’s use the human body as an example. Every atom, molecule, cell, tissue, and body system is composed of energy that, when superimposed on each other, create what is known as the human energy field.

In particle form, the solid mass of the human body is composed of four types of tissues: epithelial (skin), connective, muscle, and nerve tissue. A closer examination of the skin shows how the tissue is created by these superimposed energy fields.

Take a look at your skin. Note the wrinkles, the fine hairs, and the nail beds. Tap the table. Hear the sound and feel how solid it appears to be.

Now, if we magnify the skin under a microscope at times 20,000, the solid mass of skin turns into a field of swarming cells. Greater magnification reveals the organelles within the cell. (In cell biology, an organelle is a specialized subunit, usually within a cell, that has a specific function.) When we continue to magnify, we see that those organelles are composed of molecules.

Molecules are created when two or more atoms form chemical bonds with each other. Atoms are the basic building blocks of all matter. There are 90 naturally occurring atoms in the periodic table that combine to make everyday objects, such as a desk, the air and even the human body.

Now, if we magnify the atoms, we can observe the sub-atomic energy clouds that make up those atoms. These clouds are composed of a nucleus with a positively charged proton and neutrally charged neutron. Circling the nucleus are negatively charged electrons.

We can go on, but this is not Physics 101. Nor are we physicists! At least you get the idea.

From another perspective, energy refers to subtle, imperceptible forces frequently described as a vital force or life force that flows through the body.

UNIVERSAL LIFE FORCE exists everywhere, throughout the galaxies. It is a powerful, creative force which gives life to all matter.

Life force is not exclusive to any particular belief system or way of life. It is the energy of LOVE*, all encompassing, nurturing and supportive toward all things. It is the force that guides the creation and functioning of the universe. We’ll talk more about this concept below.

Many spiritual traditions and complementary and alternative medicines have a deep understanding of energy. Take for example, in Ayurvedic medicine, the concept of prana.

The word “Prana” is Sanskrit and can be split into two: ‘pra’ means “to exist before” and ‘ana’ means “an atom.”

Therefore, prana is “that which exists before an atom.” It is fascinating to note that the ancient Indian Vedas were familiar with atoms thousands of years before they were discovered by modern-day microscopes.

Yet prana is not unique to yoga or the Vedas. In fact, the concept of prana exists in many cultures. The Chinese call it “chi” or “qi,” which is where qigong comes from. The Japanese call it “ki”. The Maori culture calls it “mana”. The Greeks called it “pneuma.” Even the Bible had a word for prana, which is “holy spirit.”

These are all different terms for the same thing we feel universally, regardless of cultural or religious background: energy. And because life force is completely natural, it is sacred. And because it exists in everything, everything is sacred.

Communing with the Source

As mentioned earlier, raising energy, and sending it off to manifest your goals is the usual way of working with energy to make magic. (We call it wand magic because it is phallic – energy shooting out into the womb of the universe to inseminate the realm of infinite potential.)

Yet there’s a simple and important caveat with raising and sending energy. If you’re not hooked up to the main power line, you’re draining your own batteries.

Begin each important spiritual practice or ritual connected to the divine – in yourself, in the Earth, and in the world around you. Take the time to fill yourself with that sublime force. Remain ecstatically connected throughout and you will end the practice still connected to the sacred source. The energy will flow through you, instead of flowing from you.

The secret of success is being a conduit through which the sacred flows, receiving and filling yourself with it, letting it work its magic on you, and then perhaps guiding it to your purpose.

The energy of love

Many people practicing Wicca claim that the energy they work with is neutral. The energy itself has no innate quality except power and you can use it as you choose.

People making these assertions are those who aren’t opening themselves up to the truth of what powers real magic. They’re thinking in the old patriarchal terms of the world lacking innate divinity. When you allow yourself to commune with the sacred, there is only one word that approaches the true nature of the power you experience – love.

We often forget that universal life force is one of love, especially when we’re in the midst of tragedy, struggle or loss. And yet, the greater the struggle, the more cherished its rewards. The magic of challenge is that it turns us toward the sacred, which always greets us with love. When you are tested, you remember where your strength comes from. The presence of divinity, available to you through practices, provides consolation, wisdom, peace – and always love, and that is one of the universe’s greatest gifts.

Focus first upon the true source of your empowerment and you will practice magic based on divine communion, co-creation, and the power of love. You will craft a witch who lives with joy, freedom, and authenticity.

Begin by filling yourself with the divine and you’ll have no problems raising and directing energy.

At the heart of all being, there is nothing but a dance of ceaselessly moving energy; raising it is a conscious and deliberate way of participating in this dance. Raising energy is a rapturous, physical way of tuning into the flow, of choreographing the quantum and sacred dance. Raising energy to make magic is your creative way of contributing to and the sacredness of the universe.

You don’t raise energy by imagining it. You must feel it!

Shamans, mystics, and witches use several similar practices for raising energy, altering consciousness, and creating a state of ecstatic communion with the sacred – techniques known as core shamanic techniques.

Raising energy the traditional way can be depleting, yet with practice you will become more skilled at letting energy flow through you rather than just raising it from within yourself. Recharge yourself by reconnecting to divinity, grounding, breathing, eating, and resting.

It’s also important to give back, for Nature teaches us that not only is it the nature of energy to flow, it must do so in balance. Energy cannot always move in one direction. In fact, its movement is cyclical, and in this way, it is constantly replenished. This is why it is essential to reciprocate as well as give thanks.

Timing, Flow, and other particulars

Much of our magical work is about attuning ourselves to the natural ebb and flow of energy in the world. And so, the cycles of Nature are an especially important part of how and why we make magic. This natural movement will help determine the timing, approach, and content of any spiritual practice – of how you will engage and whether you will raise it and in what manner, or simply internalize it.

If you pay attention to and learn from Nature, you will discover how to become harmonious with the natural cycles of energy, thereby empowering and transforming yourself and your magic. What’s more, it is always available to you — and completely natural. 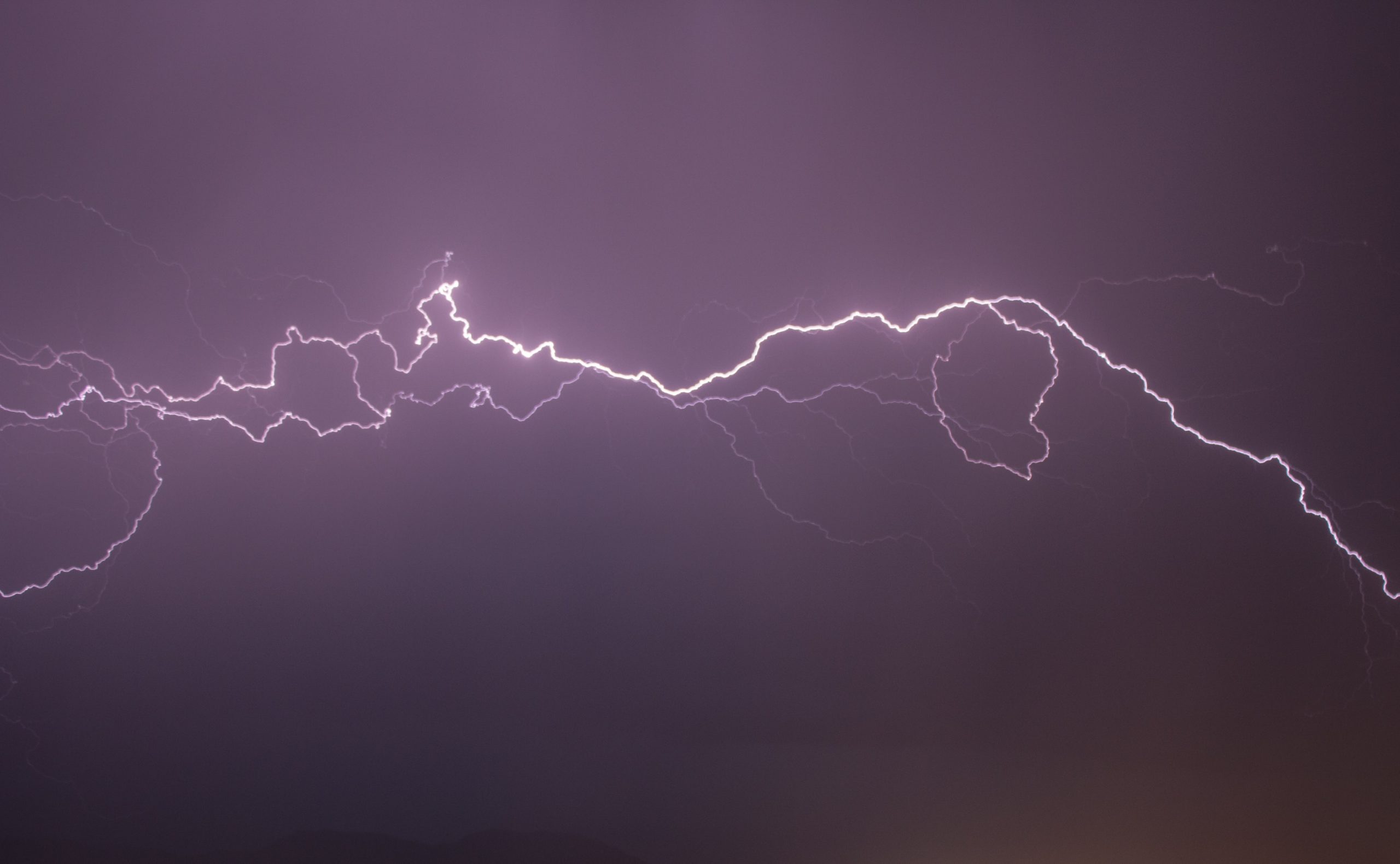 With each breath you are doing more than just inhaling oxygen; you are bringing life force into your body and soul. Conscious breathing enables you to feel the divine flowing into and through you. Inhale and you are drawing in the divine. Exhale and you are sending out the sacred.

Return to chapter one and review the meditation instructions. As you practice this technique again, focus upon the feelings of being filled with divine energy. Pay attention to how the energy flows into and out of you, and how your breathing unites you with the plants in a divine cycle of interdependent life. Then begin each day with 5 slow conscious breaths. End each day the same way.

Next Up: Chapter 4 - Secrets of Spellcasting -->

How your magic reflects your ethics

How your magic reflects your ethics