How are you honoring genius loci?

The Temple of Ara is a tradition that views the world as alive with energy and spirit, and as such, divinity is immanent; we realize that honoring and thanking the Genius Loci, the spirit of place, is important part of our practices. We experience the world as alive with energy – there are spirits of the trees, the mountains, the flowers, the weeds.

Every place has genius loci – from an ancient stone circle, to a sweeping meadow, to a copse of trees, to the side of a busy road. Spirit and energy are there, although they may be very different in character. In engaging with the genius loci, we understand that we are a part of nature, rather than superior to, or separate from it. And we honor them because they sustain us, as well as sustain the earth upon which we walk. We treat the land, and all of its inhabitants, with respect.

The original form of human spiritual expression was animism, in which nature was seen as sacred itself. There was a sense of the sacred in the land as a whole: the earth was alive.

Animism is the view that everything has a soul, a spirit, and consciousness, whether humans, animals, plants, trees, mountains, stones, bodies of water. Animistic view involves respect and reverence of nature – asking for permission to harvest, giving offerings as thanks, building a relationship with plants, trees and land features.

In a slightly more focused form of animism, places such as hilltops, rocks, trees, waterfalls, and so on were seen as being inhabited by spirits – hence the idea of ‘spirit of place,’ or ‘genius loci.’

In ancient Rome, the genius was the instance of a general divine nature that is present in
every individual person, place, or thing. For the Romans, everything in Nature was thought to be inhabited by numina, divine manifestations – faceless, formless, and powerful – which manifest the divine will by means of natural phenomena.

Over time, some came to honor the genius loci as deity, gods, fairy folk etc. – in fact, if you look at how the concept of ancient gods and goddesses evolved, you’ll see that our ancestors were honoring the genius loci.

For instance, in ancient Rome, the Romans worked with spirits called dii Lares. Lares are divided into Lares Familiares and Lares Loci. Lares Familiares are family spirits; spirits that are tied to the home and the people who live in it. 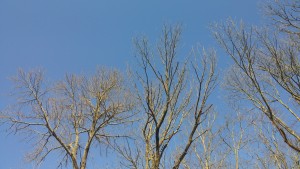 Dii Lares Loci are very similar to dii Lares Familiares only they don’t attend to the family, they are part of the land the home or community is settled on. These are less like home spirits and more like property spirits.

There is a much larger version of the Lares Loci and these are the Genius Loci. These are the very large and powerful region spirits. They protect whole cities, towns and on the grand scale even countries. They are usually depicted as female.

Thus evolved this “household religion”. Over time, the spirits that protected places, like crossroads, became gods and goddesses in the human mind’s eye. Thus ceremonies and observance of ritual were created to ensure goodwill and with it the prosperity of the State.

HOWEVER ~ Recognition of the spirit is more important than how you make sense of it or interpret it because from that recognition comes relationship, which is central to all that we do.

Genius loci are not only INHERENT (meaning intrinsic, inbuilt, innate ) but are also linked to human activity associated with a place, and any resonances that has made over time. A place that has been used repeatedly for a given activity – be that shopping, prayer, or study for example, gains a spirit that derives from that.

Some places may also be said to have a unique spirit of their own that is more than just the things living in it.

For all kinds of reasons, some places develop a distinct identity, which becomes a form of awareness, a permeation of the numinous into the every day.

nu·mi·nous – adjective – indicating or suggesting the presence of divinity.

Relating to the spirits of place in ritual, and letting their presence permeate a circle and inform the shape of what we do, is incredibly powerful, and brings a depth and resonance to all that happens in our lives.

Working with genius loci is working with the land, local plants and spirits under your feet to gain a closer connect to the cycles of the seasons, divinity, the nature spirits, and your own spirituality. The everyday becomes the magical when you are in tune with genius loci.

When we honor and are in concert with the spirits of the land, we move toward balance  ~ within and without … it is at that point, a return to wholeness, to full integration and self-actualization, is achieved.

Celebrating the Full Moon in January

Celebrating the Full Moon in January