When most people think of witchcraft, and magic, they think of spells.

One of the definitions of spells, in the Cambridge Dictionary, is:

Spoken words that are thought to have magical power, or (the condition of being under) the influence or control of such words.

In this vein, many people approach spell craft as honoring the power of the well-crafted word in a way that rouses people to act or to not act, to think or not to think, according to their will. Spell craft words are written or spoken to bring about a change. Spells are spoken, often in accompaniment with other ritual actions and movements.

“Words uttered in a set formula with magical intent. The correct recitation, often with accompanying gestures, is considered to unleash supernatural power. Some societies believe that incorrect recitation can not only nullify the magic but cause the death of the practitioner.”

Still others define it as: the process of raising and directing your energy into your intention.

Are you noticing any commonalities?

For many, spell craft is the art of manipulation, control, and manifestation.

And that shouldn’t be a surprise — we live in a culture based on instant gratification. What could be more instantly gratifying than a magical spell? This craving has resulted in countless recipe books on spell casting. And because so many practitioners are self-taught from books, this approach has dominated people’s thinking and practicing of the craft.

Some people even say that witchcraft isn’t a religion, it’s just a system for manipulating the universe with spells.

So, what’s wrong with spell casting? Spell casting is indeed a part of witchcraft, but the fact is that the usual “give me the spell, give me the goodies” approach to witchcraft will not work.

There are hundreds of spell books that tell you what to say, what to wear, where to stand, what props to use and what potions to mix. Some even describe how to raise energy and to some extent how to change consciousness to change reality.

Along with all those books, people buy the candles, herbs, oils, the parchment paper, iron filings, saturated snakeskin, and graveyard dirt. And concerned that, by doing it wrong, you might manifest a rat instead of a Romeo, you follow the instructions of your chosen spell to the letter. And then when the ratty looking Romeo shows up a year later, you wonder why the spell didn’t work.

So, what happened? The problem is not with the reality of magic, but with the usual approach. 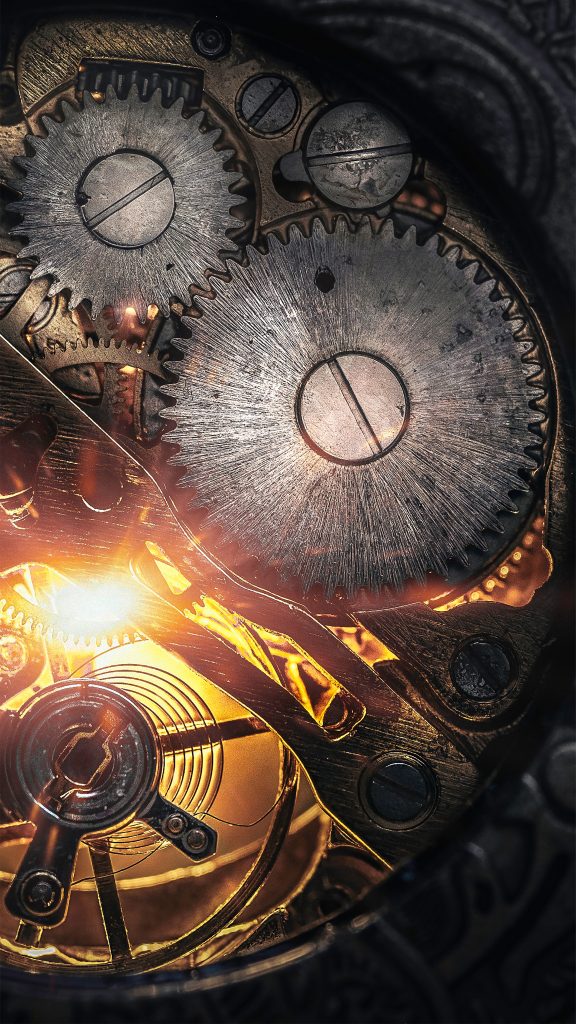 The problem is that most people think of magic as if it were a mechanical process. Say the secret word and your dream will appear. Put the coin in the vending machine and out pops your prize.

From Newton’s perspective, the universe is indeed a machine operating like a clock, with laws of motion, gravity, time and so on.

But Newton’s laws only explain how part of the universe works – to put it another way, the world of gravity, matter, and time.

Reality is bigger and deeper than that. There are other dimensions to reality and other laws of physics then operate in those dimensions. We’re only just beginning to understand what these are and how they operate.

The most important aspect we need to understand for the practice of spell casting is that at the currently perceived smallest level of reality, the level of the subatomic particle, everything is energy and interconnected.

The implications are profound.

Everything is ultimately energy. Working on this “pure” energy plane of reality affects events in the “material”, familiar, “Newtonian” plane.

There are more fascinating discoveries emerging from quantum physics that affect our view of reality, and how we cast spells and make magic.

Quantum thinking these days is that consciousness and reality require each other for both to exist. For matter to exist it requires consciousness, and it responds to conscious interaction in phenomenal ways.

Our brains are constantly producing electrical impulses that are measured as waves.  Different brainwaves are associated with different states of awareness in humans.

Many of our practices are intended to cultivate various states of consciousness, or brainwaves.

Practices such as meditation, journeying and, in going into a trance help us cultivate all these brainwaves, and to combine them into heightened states of awareness and sensitivity.

There is a quality of consciousness beyond the mind that also includes our emotions, our souls, and the energy of our bodies. In fact, brain wave production is influenced, or even generated, by these 3 additional states.

This new idea of consciousness is especially important to skillful spell castings. Without it, we fall back into spell casting from our heads instead of our hearts. When you feel the presence of divinity, you’ll experience true ecstasy and unleash countless other emotions too – joy, enthusiasm, exhilaration, awe, peacefulness, love, and more. With this new quantum understanding of what a spell is, you can see that willfulness is only one form of energy.

A new kind of spell

In our view, a spell is an expression of  your own sacred gifts, and your relationships with embodied divinity, which is infinitely greater than ourselves.

If you try to use spellcasting to have power over the Universe, it fails as a religious rite. Remember, the Universe is NOT a machine — it’s alive, it’s organic, and it’s sacred.

As you stop depending on externalized power — the herbs, the incantation, the magical tools — and focus on the true source of empowerment, you will transform your spellcasting from simplistic, and mechanical manipulation to divine creation and communion.

And out of that communion you can craft a rich and magical life. You will also have a means of dealing with any of the challenges that life presents, transforming tragedies into strengths and losses into opportunities. Approach spellcasting as a creative, religious ritual and you’ll be amazed at how powerful the experience can be.

A good spell draws not just on information but on your heightened consciousness, creativity, spontaneity, and inspiration. Spells are forms of personal, creative, religious ritual. They are divinely inspired expressions that help you co-create reality with the Sacred.

Instead of commanding the Universe, open your heart and soul to it. A spell can be used for ecstatic communion. It can be a means of deepest spiritual transformation, or it can be a means of enriching your personal life. Once you begin to approach spellcasting from the spiritual principle at the heart of witchcraft, an exciting new realm of possibilities opens up.

Creativity is an expression of your innate divinity, so it’s essential to good spellcasting.

Spells can take many forms:

While most Wiccan rituals and spells are structured, allow yourself the pleasure of spontaneity – to say what you feel, to move as you’re inspired, to do what comes to you. When you are careful not to over choreograph, you allow space for the Sacred to express itself.

There are other guides to create and effective spellcasting. Once is a practice called sympathetic magic. “As above, so below” – which refers to the unity of sacred and mundane, intent and form.

“As above, so below, as within, so without, as the universe, so the soul” – Hermes Trismegistus

In the heavens above, the planet’s energies are that which is so below on earth. We humans who live on the so below are made of these same heavenly energies of that which is as above. Hence, the microcosm is oneself, and the macrocosm is the universe.

The idea behind sympathetic magic works is that your circle is a microcosm of the world, which is the macrocosm. What occurs in circle occurs in the world.

Sympathetic magic uses something that symbolizes what you’re seeking to manifest. For example, if you wish to have a life that is filled with growth and creativity, your spell might involve planting a seed and raising and directing energy and directing it into the Earth and the planted seed.

The natural movement of energy will help determine the timing of your ritual. For example, traditionally, spells for increase of any sort are done during the waxing to full moon, while spells for banishing are done when the moon is waning or dark.

On a practical level, sympathetic magic can be experienced through many systems, such as biodynamic gardening or farming. Biodynamic farming, among many things, considers that there are lunar and astrological influences on soil and plant development.

Most spell casting books recommend that you visualize your goal as clearly and specifically as possible. This is a fine approach – sometimes. Over the years we have come to learn that open minded spell casting is also one of the best strategies for success and one of the most glorious spiritual experiences.

One of the most important aspects of successful spell casting is a principle we call “acting in accord”. Here you make or take specific, concrete actions in the material world to manifest your goals. If you want to manifest prosperity, you take actions that will help you make or save money. Our magic occurs not just on Akashic planes of energy, but right here, on the plane were energy takes shape. For a spell to work you must ground it in material reality by acting.

Acting in accord reminds you that your life is your magic. Because this world, as an embodiment of divinity, is sacred, at any moment you can experience the ecstasy and the magic of life – in the music of the wind in the trees, a flash of red as a Cardinal flies past, the silver moon rising in the night sky, the smile of a child. The sources of inspiration are endless if you are paying attention.

When you cast a spell, you are expressing your trust in yourself, and in the universe, to create the life that you deserve – in life in which you are able to fulfill your destiny. A spell is a sacred expression of your own sacred power to make that life. And so, you must act in accord. Walk your talk. Ground your spirituality in action, joining spirit and matter, to empower yourself and make manifest your deepest dreams and desires.

Discover the fuel that powers our magic: Energy